On June 22, 2018, two of my coworkers, plus their dogs, and I made our way up to the mountains, in order to engage in some all natural therapy for several days.
Camping in the Summer is an activity that is supremely popular in Colorado, so we decided to jump on the bangwagon and get campin’.

I have not been camping in a little bit, so this camping trip served as an excellent way to dip my toes back in the water.

As a kid, my parents took my brother and I camping pretty regularly. But, as I grew older, the camping trips became much more of a rare occassion.
Throughout my high school and collegiate careers, I went camping at least once or twice a year, but still it did not compare to the number of camping trips that I went on as a child. Plus, these camping trips tended to get more *wild,* as they were unsupervised, only consisting of a group of high school-aged kids, or college kids, who did everything but be responsible.
Let us just say that those camping trips consisted of a surplus of low-grade vodka, usually Burnetts, UV, or McCormicks, and a bunch of 30-racks of Rolling Rock or Natty Ice.
But, what better place to celebrate being reckless, or engage in underage drinking, than in the wild, with views that extend 360 degrees? Might as well be irresponsible, in nature, where the views are endless and breathtaking. Plus, the sudden rise in elevation guaranteed that at least one person would end up either peeing themselves, “blacked out,” or passed out somewhere in the woods, or in someone’s car.

This camping trip was the first one of the Summer! My friends, their dogs, and myself made our way to Peaceful Valley, Colorado, to a campsite named “Camp Dick.” The campsite was completely full and occupied with eager campers and families.

Our campsite was located in the middle of Camp Dick, so we had some pretty great views! The campsite was located in a valley that was completely covered in green, lush trees, almost making it seem as if we were in a forest!
While Sunday, June, 24, was a fairly cloudy and rainy day, Friday and Saturday were some of the sunniest and warmest days ever! Even in the middle of the mountains, where the temperatures are supposedly cooler than in Boulder, Colorado, I found myself sweating and complaining about being “too hot,” or “way too warm.”
Camp Dick had a lot more to offer than we even expected, including a beautiful creek, or river, that ran through the entire campsite! Beyond the creek, one could find infinite amounts of trees and forestry until the eye could extend.
It was incredibly calming to be completely surrounded by nature, or to be isolated from “the real world.” The sounds of nature and the simplicity of nature serve as some of my most favorite anti-anxiety agents! 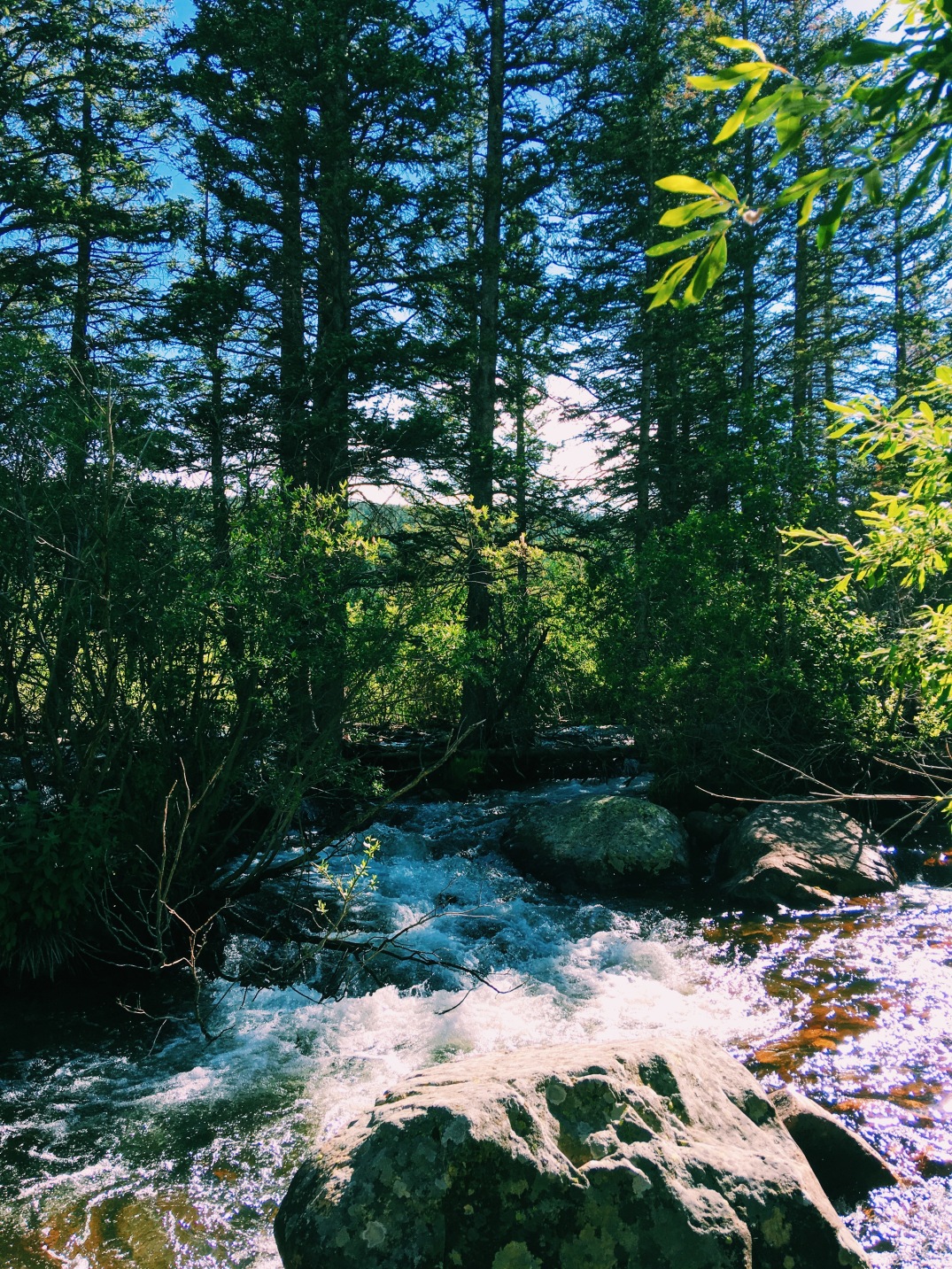 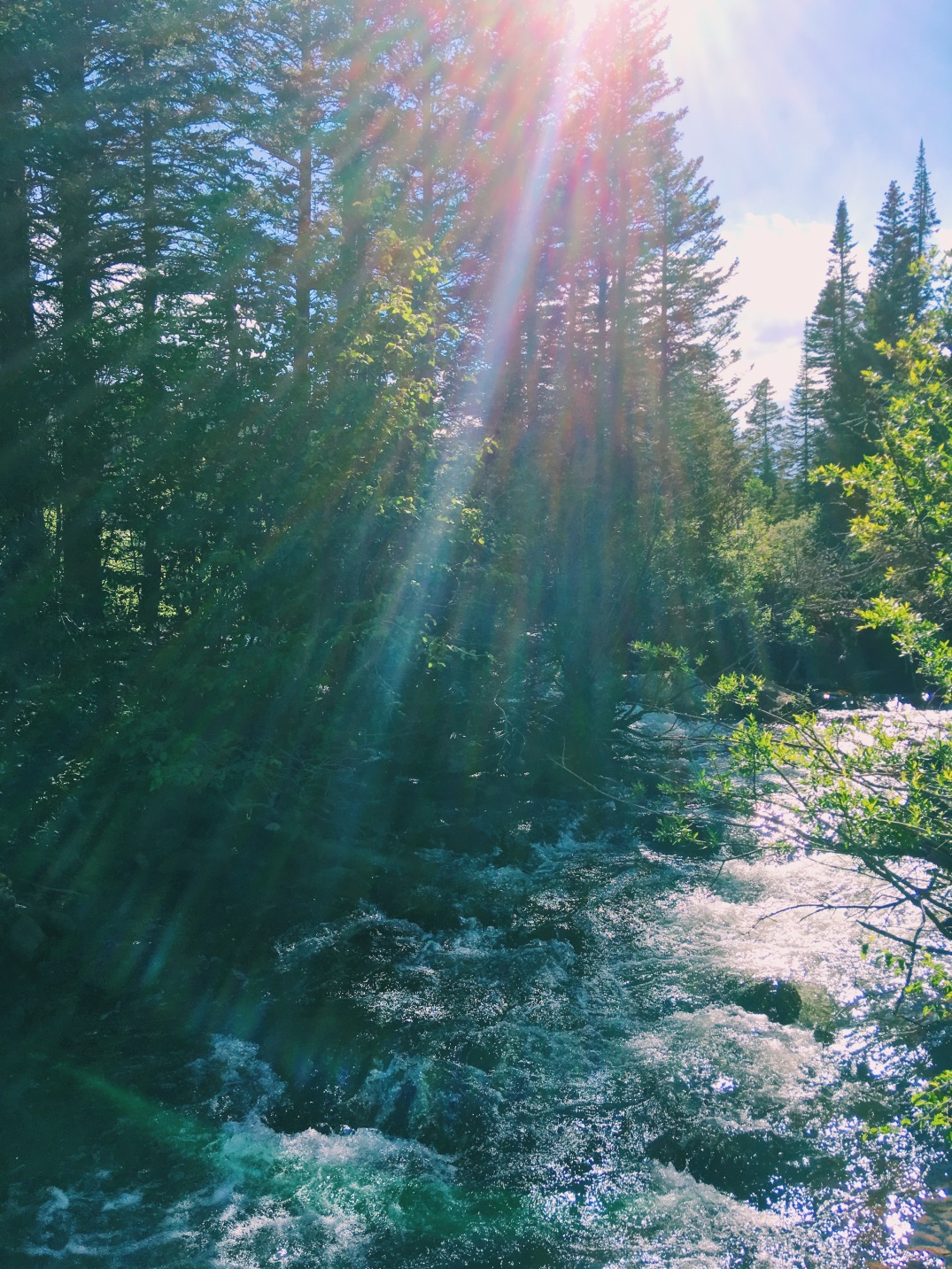 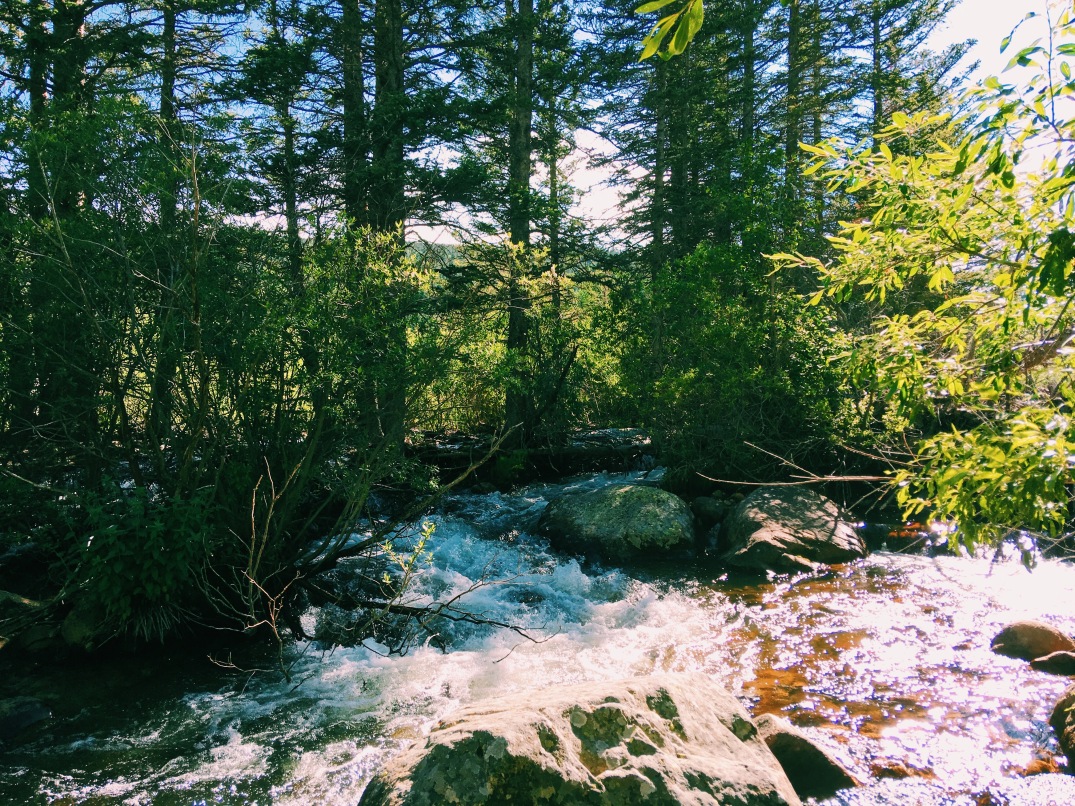 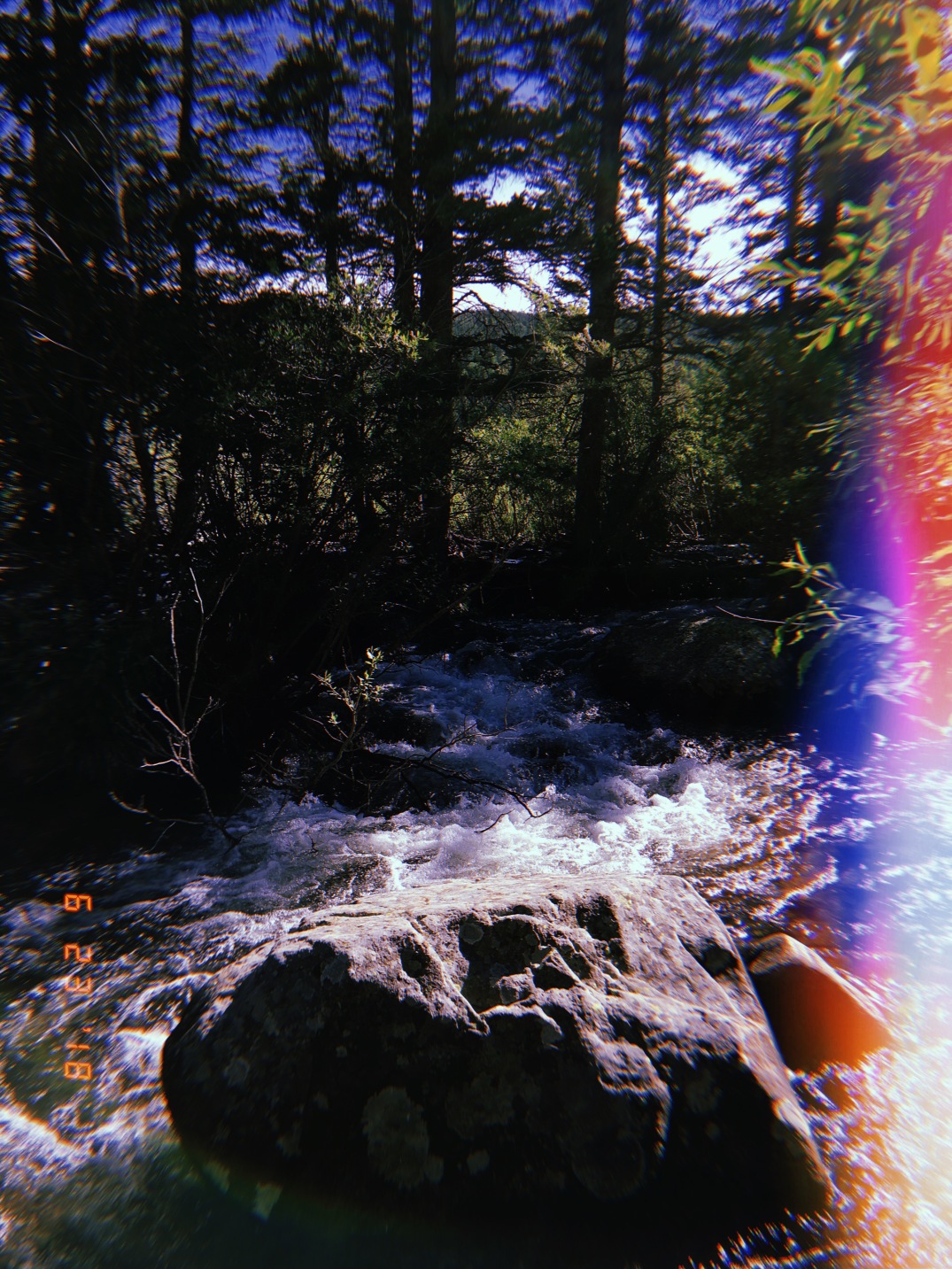 The main source of entertainment, minus spending time in nature, attempting to start a camp fire, and making friends with 5-years-olds, was definitely the dogs that decided to accompany us on our trip!
My coworkers have own of the cutest dogs, or best friends, ever!!
Seeing them in the wild, or in their element outside of doggy day care, was extremely comical and AWESOME.
This weekend solidified my place as reigning godmother to both of these beautiful, eccentric dogs who continue to fill my life with love, happiness, and barking.
Harlee Jo, a red heeler australian cattle dog puppy, is currently five months old, and is one of my favorite playmates ever! She is the definition of a puppy and still does have a lot to learn, however, she is the most fun puppy ever known to man! Not to mention, she is one of the most unique and breathtaking puppies I have ever set eyes on. Harlee is seriously one of the prettiest cattle dogs that I have ever layed eyes on and I am completely obsessed with her. There is never a dull moment with Harlee Jo!
Minnie, a chiwuini, is a little over one-years-old, but do not let her extremely small body fool you! She has the biggest personality ever known to man and a very expressive soul, existence, and face! Minnie resembles a character from a Disney/Pixar movie, and I think that she is so incredibly animated. She is one of the most loving and sassy girls I know! 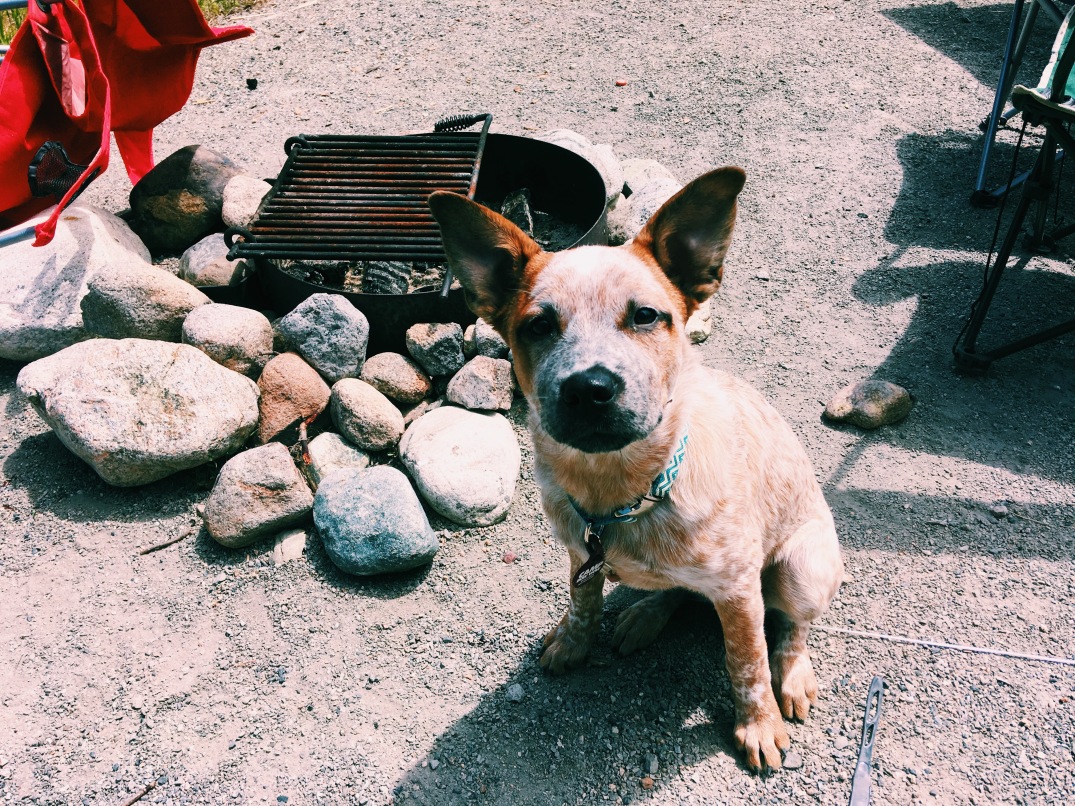 How have you been spending your Summer nights? Have you gone camping this summer?