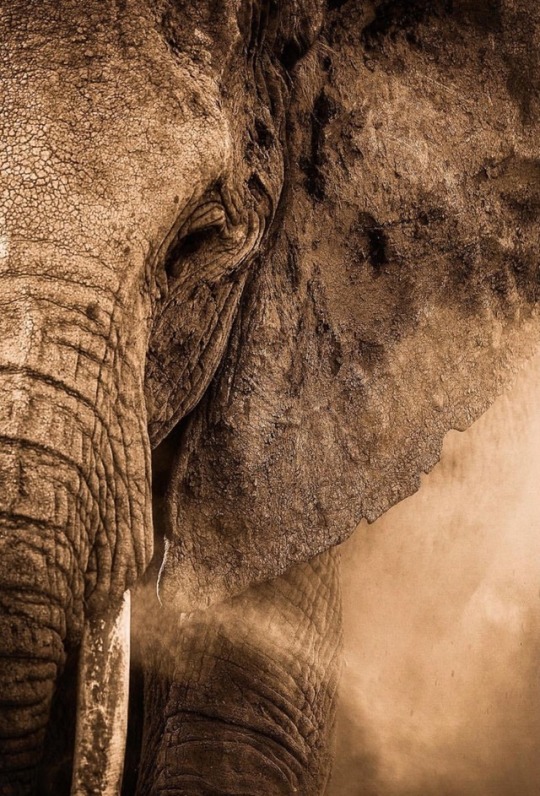 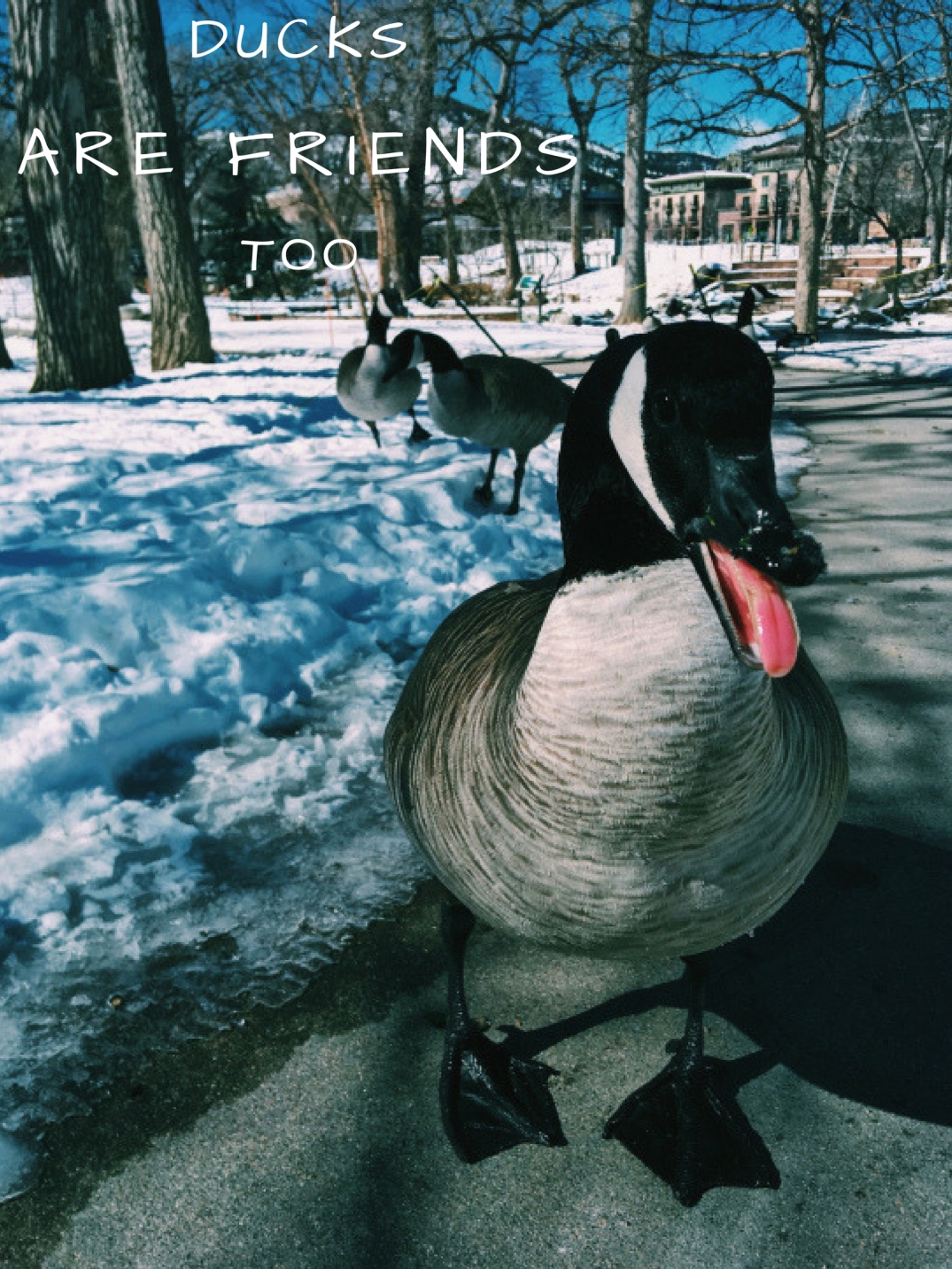 Ducks are friendly creatures, too!

In Boulder, Colorado, ducks are running rampant all over the city, casually strolling along sidewalks. Their “quacks” are loud and in-charge, as they have a lot to say to all the bystanders walking by trying to feed them.

These creatures are very animated animals and can put a smile on anyone’s face! As I have spent more and more time around them, I have grown to appreciate ducks more and more.

One of the ducks that I encountered recently was awful friendly towards me, slowly inching his or her way over to me. We were inches away from each other, literally breathing down each other’s necks, as I attempted to grab some photographs of this friendly and very playful creature.

This young fellow was most certainly in his or her element! Such a cutie! 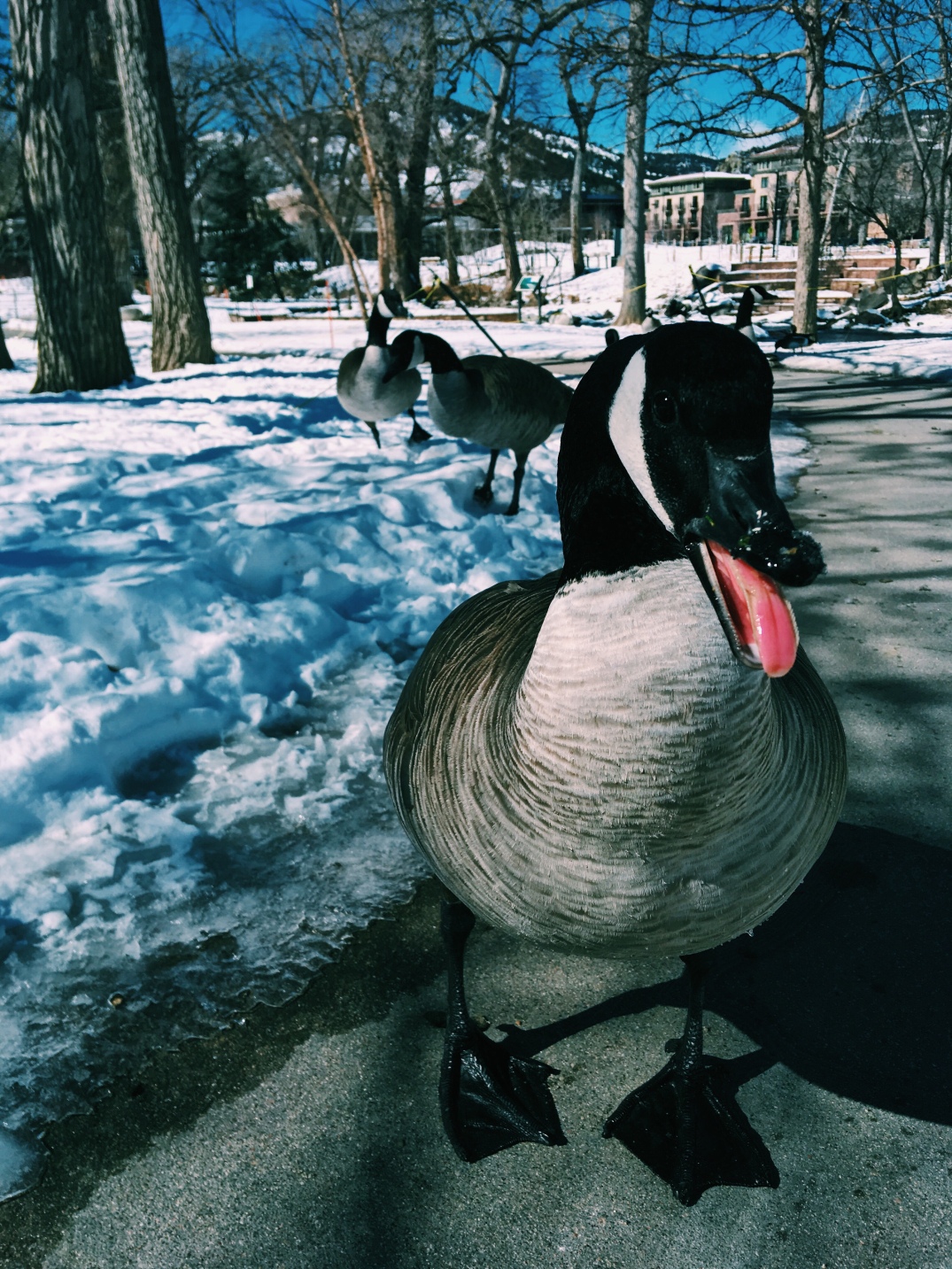 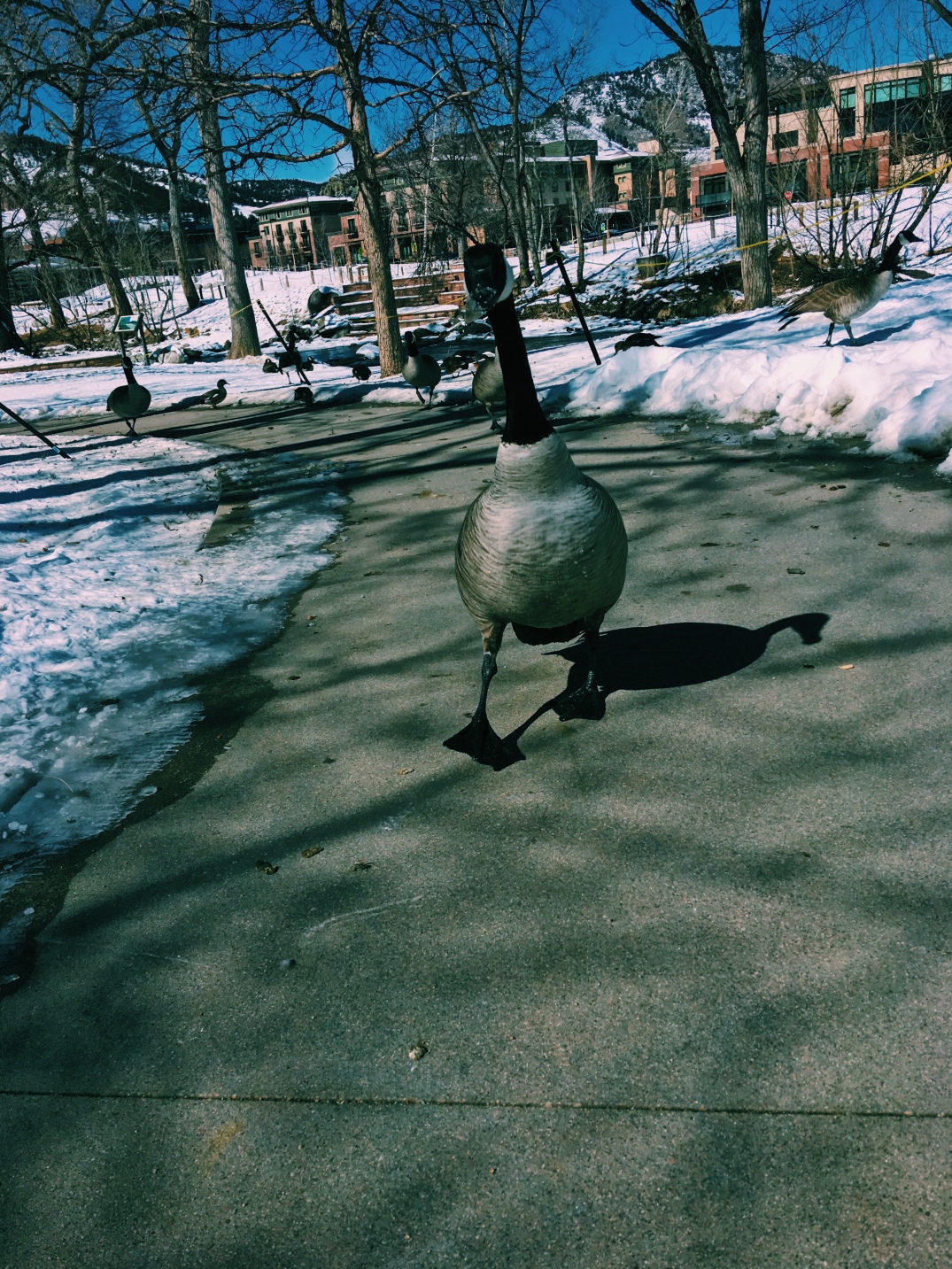 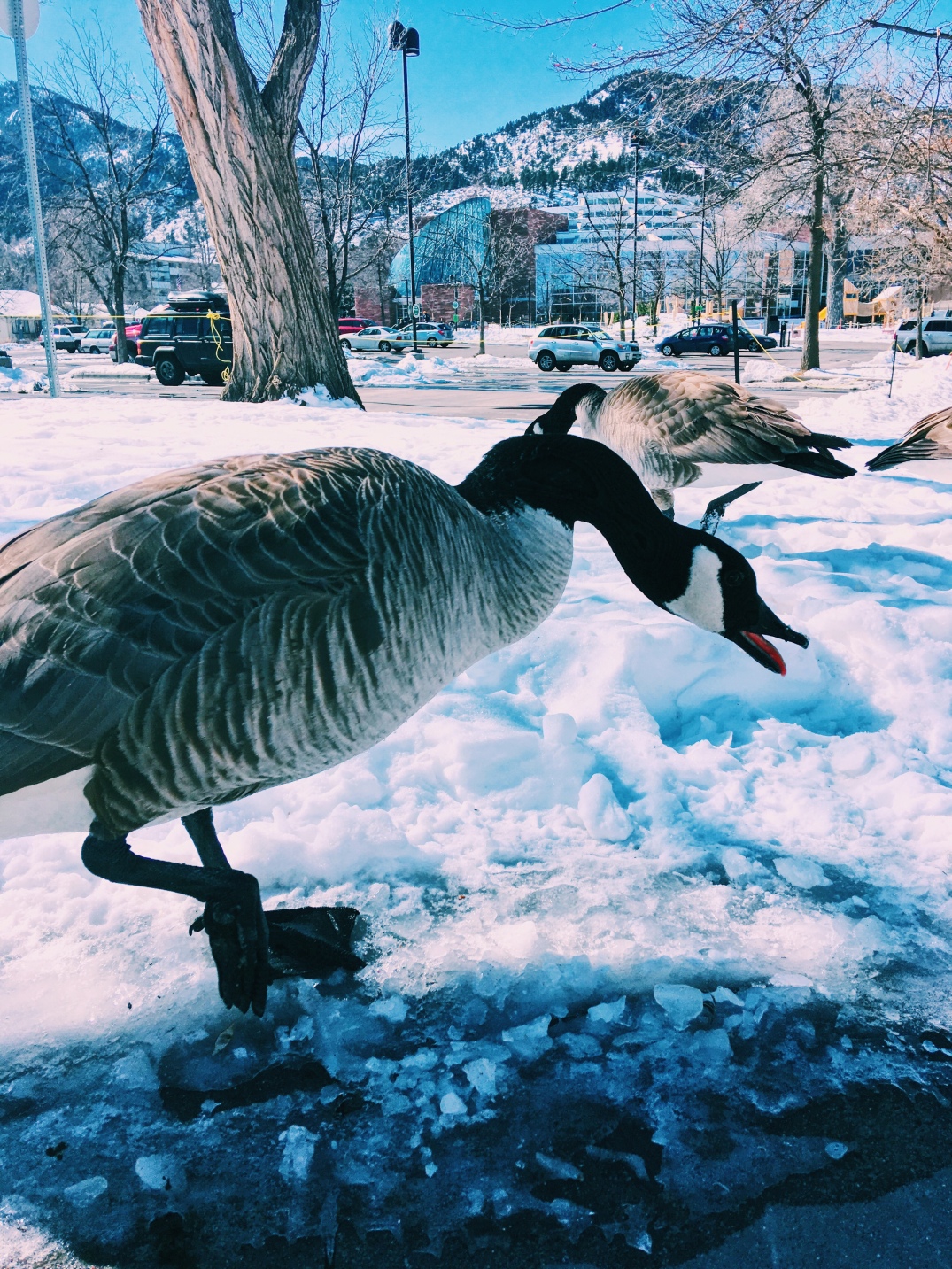 Today, I made so many DUCKing friends! And, that is not something that you can say every day! 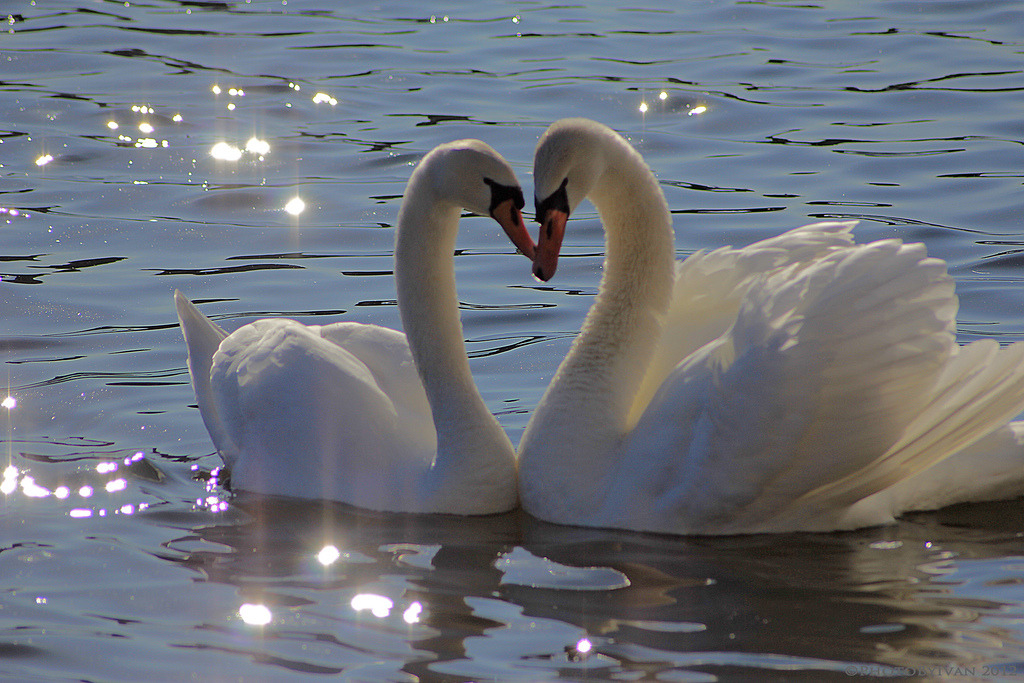 “With the advances in faux fur and the introduction of other innovative materials, it’s becoming clear that there is simply no reason to continue using a product that causes so much pain and suffering” (Independent.co.uk/) Why not save the environment, all while utilizing the cutting edge technologies that they have access to? What many animal rights’ organizations and activists are concerned about is that many high-fashion brands, who have the capabilities of using technology to create faux alternatives, simply are choosing not to, completely ignoring and demeaning the issue behind being environmentally safe.

One of the first designers to make headway in addressing the controversy about the use of animal fur in fashion is Stella McCartney. McCartney focused her energy on sustainable, ethical fashion. McCartney first launched her fashion company in 2001, and her business was launched as a fur-free, leather-free business. McCartney was way ahead of her time, and faced many skeptics when she launched her brand. Many of her peers did not understand how one could not even use real leather, let along not use real fur, especially if she was entering the fashion industry. McCartney does not use real animal fur, as a result of understanding and recognizing the negative impact that using real fur, leather, etc. has on the environment. In a recent interview with Vogue, in March 2017, she shows concern emphasizing how many animals, trees, etc. are killed for the use consumerism. McCartney, now a prominent high-fashion designer, takes pride in the use of eco-friendly products, including fabrics, and is now known for being a committed vegan designer, using leather and fur substitutes. In fact, McCartney’s most recent fashion line was entirely vegan! Stella McCartney is living proof that sustainable, eco-friendly fashion is possible and can still be chic. Her stance on this issue is one that is strong, and she has become a prominent influencer in her industry, as other fashion designers have followed her lead.

In October 2017, Gucci, Italian fashion house, took a stance, following McCartney’s lead, taking a pledge to no longer use real animal fur in their clothing products. Gucci faced a great amount of backlash and pressure from animal rights groups, including PETA, and decided to hop board. Gucci, who prominently uses animal fur products in their coats, even pledged to auction off all of their past clothes that used animal fur, and then using the proceeds to donate to animal-rights charities and organizations. Specifically, Gucci will be working side-by-side by the Fur Free Alliance, which is made up of 40 organizations that promote the use of fur alternatives in the fashion industry.

The CEO of Gucci, Marco Bizzarri, announced in October that from here-on-out all their future collections will be fur-free. In addition, Bizzarri goes even further to say that the fur pieces in his most recent collection, Spring Summer 2018 collection, would be adjusted accordingly.

It is safe to say that Gucci has taken a stand, emphasizing the importance of animals and their rights, making this bold move influential for the high-fashion industry. In a statement, Bizzarri goes onto say that he believes that using animal fur for the production of clothes is simply “outdated.” However, the high-statement fashion brand still uses real leather in their collections, which is a product and habit that I believe the company will hopefully ditch in the future. While McCartney still takes the medal for being the first high-fashion brand to take a stand, Gucci has taken a bold step in the right direction, making attempts and taking steps to try to do better for the environment and animals.

On December 17, 2017, Michael Kors, U.S. fashion brand, finally hopped on the ban wagon, following Gucci’s executive decision to ban the use of animal fur in their products. Kors decision to go fur-free came after a reported meeting occurred with the executive chief officer of Michael Kors, John Idol, and the Senior Vice President of PETA, Dan Matthews. They must have come some solution, or Dan Matthews’ must have blown away his socks, as the fashion luxury brand agreed that any fur products, including coyote or bunny fur, that are currently being produced will dissapate by December 2018. In addition, the luxury fashion brand announced that they will be introducing and utilizing a new faux fur alternative in their upcoming collections, moving forward.

In a statement made by the brand, Idol explains how the company should grasp the opportunity to utilize our advanced technology that allows them from create non-fur garments. “Due to technological advances in fabrications, we now have the ability to create a luxe aesthetic using non-animal fur,” said the brand’s eponymous designer, referring to alternative materials that look and feel like leather and animal fur but are made from synthetic fibres. “We will showcase these new techniques in our upcoming runway show” (theguardian.com/). The new faux fur alternative garments are rumored to be showcased in February 2018, during New York Fashion Week. Kors will be showcasing his Autumn/Winter 2018 collection. In McCartney’s interview with Vogue, she also emphasizes her dismay, disappointed, and amazement in how the fashion industry has not utilized the advanced technological tools they have access to, in order to be environmentally safe. Our advanced technologies allow for anyone to create non-animal based fabrics and create faux alternatives, yet most of the fashion industry has chosen to ignore this alternative.

Michael Kors has previously been subjected to backlash for animal rights activists and organizations, as organizations, such as PETA, made him a target. His most recent controversial encounter with activists was six months ago when he was giving a speech at New York’s Metropolitan Museum of Art. Activists, who attended the speech, got on stage, and even proceeded to make animal sounds and yell at him for torturing animals. Kors has been a particular target, due to his extensive use and incorporation of animal fur in his collections for many years.

The new faux fur policy will also apply to high-fashion shoe brand, Jimmy Choo, which is under the acquisition of Michael Kors Holding.

This issue of the use of animal fur in garments, especially high-fashion garments, has recently begun receiving much attention. Beyond a handful of luxury designers receiving scrutiny about the production of animal products in their garments, celebrities, such as Kim Kardashian has received backlash from other public figures, specifically Pamela Anderson, who was not pleased about Kardashian’s fashion sense, as she frequently has been seen sporting fur jackets, made of authentic animal fur. Anderson, who went out of her way to address the issue to the high-status figure, sent Kardashian a coral faux-mink coat from her partners, Only Me Eco Fur, for the Christmas. Anderson also includes a letter, stating that her fans would appreciate her more, if only she skipped out on the fur. Kardashian was seen wearing the coral faux-mink coat in London, later that year. Anderson, just like Gucci, McCartney, and Kors, believes that the use of animal products, specifically in fur garments, is simply outdated. Anderson has become a prominent figure in the animal rights’ activism world, as she is a self-proclaimed vegan and animal activist.

While a handful of high-fashion brands have begun making changes, the use of real leather is still prominent in the industry, which hopefully many designers will banish from their collections in the future, as environmental and animal rights’ activists continue to push and challenge the industry. McCartney is still in the lead for being the most environmentally-friendly since the beginning, but it is exciting that the fashion industry has begun taking proactive steps in the right direction, practicing more socially responsible and eco-friendly habits.